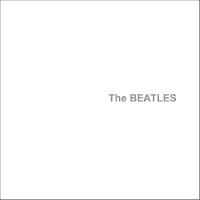 I remember being fascinated as a kid with the variety of music on the album, and one of the tunes in particular that really captured my attention was the ballad I'm So Tired. The song, written by John Lennon while on retreat in India, is a lament about how exhausted he is after several days of insomnia, and features some pretty interesting rhymes, a good slow, flowing drum beat, and a bouncy, upbeat bridge.

But what I found (and still find) most fascinating was the unintelligible mumbling at the end of the song, which some claim is either Lennon saying, “Monsieur, Monsieur, how about another one?” or the spoken words, “Paul is dead. Miss him. Miss him,” played backward. I guess the jury is still out on that one.

I've written before about the importance of sleep on a person's physical, mental and emotional state of mind, and how this is especially important for someone in recovery from drug and alcohol abuse. 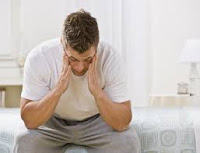 As a therapist, I work with a lot of folks with drug and alcohol issues, and I often point out to my clients that few things are more important for folks in early recovery than getting a good night’s sleep. And okay, I know it’s important for everyone, but it’s especially important for those in early recovery from a drug or alcohol problem. Sleeping well (operative word: well) is not something that happens very much when alcoholics and addicts are actively drinking or using, so making this part of overall self-care is essential.

Here are a few suggestions to help ensure a good night’s rest. (You know these already – just do them!)

Getting a good night’s sleep gives the body and brain a chance to rest and recharge so that you can much more effectively deal with life on life’s terms. And as an added bonus: maybe you won't be so tired!

Thoughts? Say more about that...