Honesty Is Hardly Ever Heard! 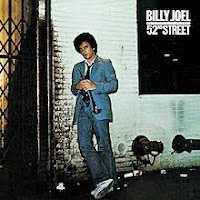 Honesty is not exactly a strong suit for folks with drug and alcohol problems. And I know a thing or two about this. Just sayin'!

The fact is when folks are actively drinking or using they often spend countless hours concocting stories and lies to cover up the extent of their substance abuse, fooling themselves (and hopefully others around them) into thinking there is no problem. Of course, that kind of thinking is totally bogus and just about everybody knows it -- except the person with the problem.

Back in the 80s I played drums and sang in a wedding band (Impressive, right?!) and the Billy Joel song Honesty (52nd Street, 1978) was regularly on our playlist. I'm not sure why we thought a song about how dishonest people can be seemed appropriate to play at weddings, but, none the less, we played it anyway! (I also wore a ruffled tuxedo shirt and had a cheesy mustache, but I digress.) The song's lyrics include:

These words are somewhat ironic since down through the years Billy Joel has had his own struggles with alcohol, the consequences of which he has been fairly open and honest about.

When it comes to being honest about the consequences of your drug or alcohol use, here are 3 tips to help keep you on track:
What do you think? Is being honest a struggle for folks when they're using? Is it easier in recovery? Say more about that and leave a comment.